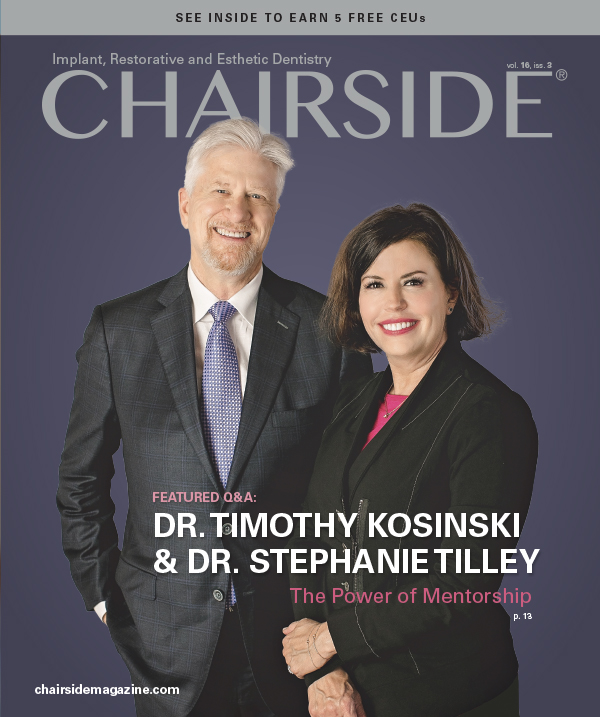 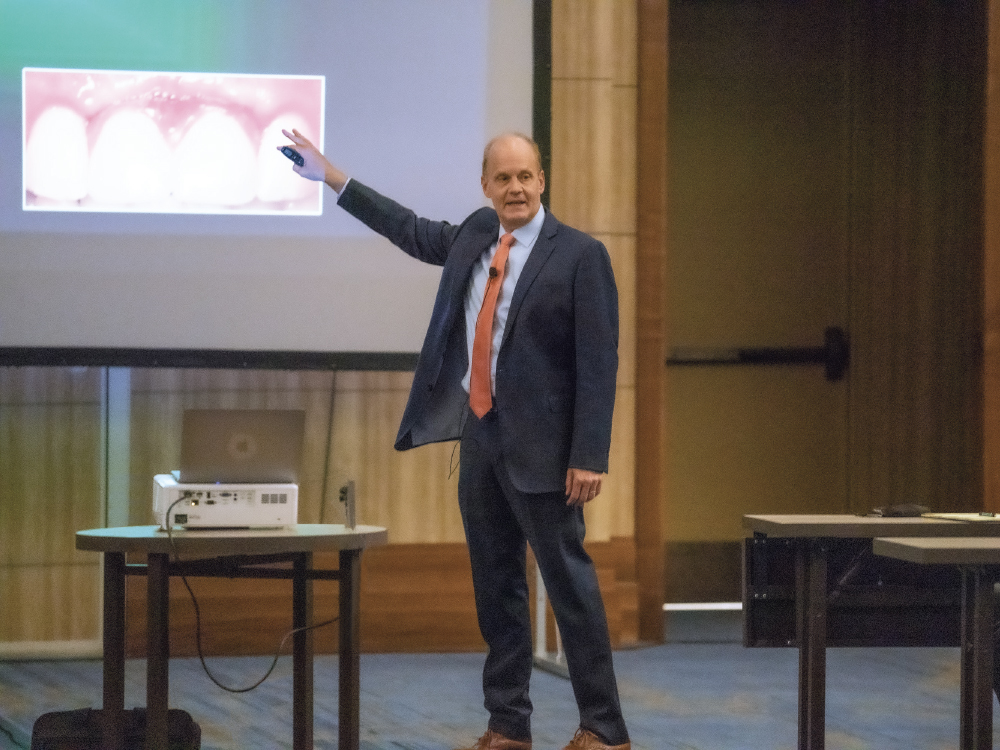 In Part 3 of this series on medical evaluation of the dental implant patient, a straightforward reference guide will be provided with an array of medications discussed with respect to their impact on patient morbidity and the health of dental implant sites. Recommendations will be described for modification or discontinuation of medications. However, it is imperative that the implant clinician never alter, adjust or discontinue a patient’s medication. Any modification of a prescribed medication should be completed only by the patient’s physician.

Diabetes mellitus is a metabolic disorder that results in hyperglycemia (excess blood glucose), which results in micro- and macroangiopathy damage to the major organs. This disease process most commonly occurs when insulin, a hormone that controls blood glucose levels, has inadequate production from the pancreas (type 1 diabetes), or when the body cannot effectively utilize the insulin it produces (type 2 diabetes). Usually type 1 diabetes is treated with daily insulin injections to maintain safe insulin levels. Type 2 diabetes is most commonly treated with oral medications (hypoglycemics) and in some cases insulin, along with lifestyle changes (diet).

When evaluating diabetic patients for dental implants, ascertain the type of diabetes the patient suffers from, type of treatment, glycemic control (HbA1c), and duration of the disease. Patients with poor glycemic control (HbA1c >7%) are susceptible to compromised immune responses, along with poor hard- and soft-tissue healing, increased possibility of infections, implant failure, and peri-implant disease. Patients should be maintained on strict antibiotic therapy, as well as 0.12% chlorhexidine gluconate rinses. Diabetic patients should not be administered steroid treatment, as this will affect their glycemic control. Postoperatively, more frequent recall examinations and periodontal maintenance is highly recommended.1 2 Treatment recommendations for dental implant therapy should be based on glycemic control.

More information about glycemic control can be found in Part 2 of this article series in Chairside Vol. 16, Iss. 2.

The second-most common endocrine disease is hypothyroidism. The main function of the thyroid gland is to produce hormones, and the most common are thyroxine (T4) and triiodothyronine (T3). Thyroxine (T4) is responsible for the regulation of carbohydrate, protein and lipid metabolism, as well as potentiating the action of other hormones, such as catecholamines and growth hormones. In hypothyroid patients, bone healing and metabolism may be affected as T4 decreases the bone growth effect of insulin-like growth factor.

The most common form of hypothyroidism is Hashimoto’s thyroiditis, which is an autoimmune disease whereby the immune system produces antibodies that attack the thyroid gland and create chronic inflammation, which in turn leads to insufficient levels of circulating thyroxine. Most patients with hypothyroidism are treated with synthetic thyroid replacement medications such as levothyroxine.

Hypothyroid patients may exhibit delayed wound healing and predisposition to postoperative infection. Studies have shown that medically treated hypothyroid patients exhibit greater bone loss and a less favorable soft-tissue response after stage I surgery, but with no significant increased risk of failure. Well-controlled synthetic thyroid replacement is considered a relative contraindication to dental implant treatment. However, the clinician should inform the patient of possible bone healing complications.

Vitamin D deficiency is most commonly due to inadequate dietary intake and insufficient exposure to sunlight. It is a worldwide public health concern affecting up to 70% of the U.S. population and up to 85% of the elderly.3 At this time, it is believed that daily consumption of vitamin D should be approximately 2,000 IU (50 mcg).

Vitamin D, in its inactive form (vitamin D3 or cholecalciferol), is a steroid hormone that is acquired through diet or from exposure to the sun (synthesized in the skin from cholesterol).4 It has been associated with the health of the brain, cardiovascular system, respiratory system, skin and immune system. In addition, vitamin D plays a role in the bone remodeling process, as it is responsible for increasing the production of osseous extracellular matrix proteins by osteoblasts.5

Because vitamin D is biologically inert, it must be activated via hydroxylation in the kidney, which results in the physiologically active 1,25-dihydroxyvitamin D [1,25(OH)2D], also known as “calcitriol.”6 When there are reduced levels of 1,25(OH)2D, impaired absorption of calcium and phosphorus will result. This will lead to an increased osteoclast activity, which results in bone resorption and decreased bone mineral density.

The main circulating form of vitamin D is 25-hydroxyvitamin D [25(OH)D], which is the most abundant vitamin D metabolite. The total serum 25(OH)D is considered the best indicator of a patient’s vitamin D status. According to the National Institutes of Health (NIH), the following are associated blood levels:7

Animal studies have shown a possible correlation between vitamin D deficiency and implant failure. However, as of this time, no conclusive human study has reported a relationship between vitamin D and implant failure. Until more definitive research is available, implant clinicians should inform their patients with severe vitamin D deficiency that an increased morbidity with respect to dental implant procedures may occur. 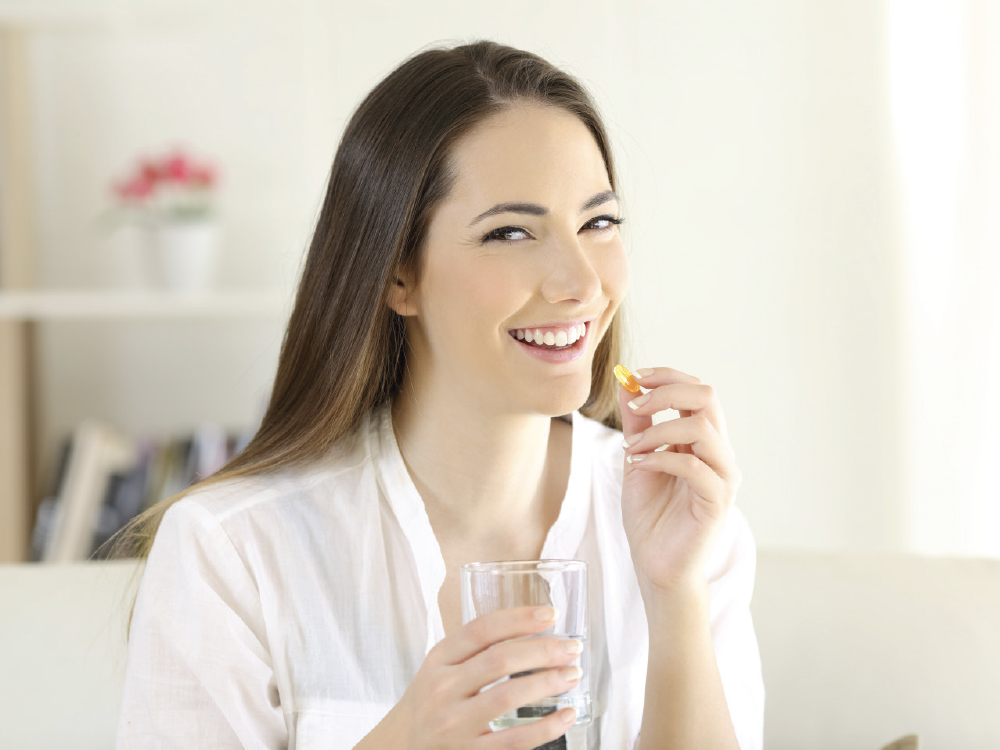 Oral antithrombotic medications are common in the treatment or prevention of myocardial infarctions, strokes, atrial fibrillation, deep venous thrombosis, pulmonary emboli and cardiovascular diseases. For years, clinicians and patients have been sensitive to the adverse side effects of these medications, including perioperative and postoperative bleeding. This has led to a general consensus that temporary discontinuation prior to dental implant procedures is warranted. However, discontinuation may result in life-threatening thrombus complications. Therefore, the clinician must have an understanding of the pharmacokinetics of these drugs and their effects on the coagulation cascade.

Warfarin sodium (Coumadin) is a common anticoagulant used to prevent thrombus formation. Warfarin’s mode of action is via interference with the synthesis of vitamin K, which is an integral part of the coagulation cascade. However, Coumadin is associated with many side effects, such as severe bleeding, nausea, vomiting, headaches and stomach pain. Many foods, medications, vitamins and herbal supplements may interact with warfarin, decreasing its effectiveness and increasing the risk of bleeding. Monitoring of warfarin is completed with the international normalized ratio (INR), which is a standardized blood test.

Practitioners should consult with their patient’s physician to determine the most recent INR test prior to the surgery (ideally 24–48 hours before surgery). If the INR values are within the therapeutic range (2.0–3.0), there is usually no need to discontinue use of the warfarin. If the INR value is above the therapeutic range (especially higher than 3.0), the physician should take appropriate steps to lower the INR to a safer level prior to surgery.

It is uncommon for patients taking warfarin to have their medication discontinued, as this may predispose them to life-threatening thrombotic episodes. Shorter-duration surgeries, good surgical technique and use of appropriate local measures to control bleeding (hemostatic agents) are highly recommended. 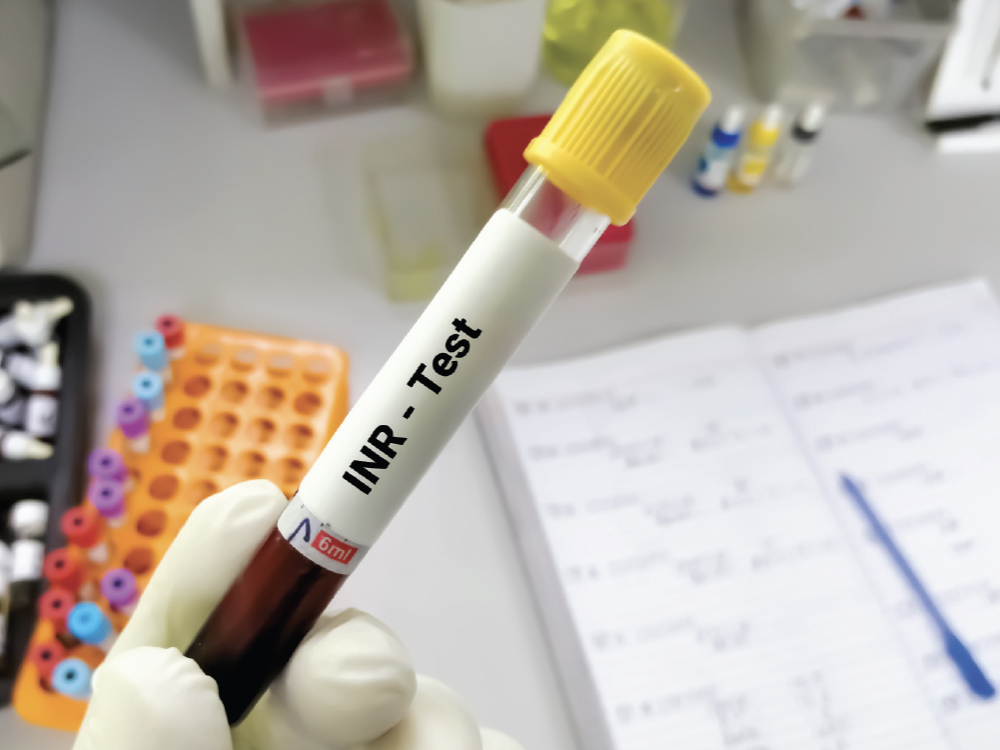 For warfarin medications, the clinician should consult with the patient’s physician to discuss the most recent INR (international normalized ratio) test prior to surgery.

Aspirin: Aspirin, or salicylic acid, is used in dentistry as an anti-inflammatory, analgesic and antipyretic medication. Low-dose aspirin (81 mg) has become a secondary preventive medication for patients who have cardiovascular and peripheral vascular disease. Aspirin’s mode of action is to inhibit the formation of prostaglandin thromboxane A2 within the platelet, thus affecting thrombus formation by irreversibly decreasing platelet aggregation.

Clopidogrel (Plavix): Clopidogrel is a platelet inhibitor that is approved for the reduction of atherosclerotic events in patients who have experienced recent stroke, myocardial infarction or peripheral arterial disease. Physicians are usually reluctant to discontinue this medication for dental implant treatment, as clopidogrel is commonly prescribed for cardiac stents and used in combination with aspirin in dual platelet therapy.

An abundance of studies support the continuation of low-dose aspirin (81 mg) for routine dental implant procedures. In most patients, interruption is not warranted, as bleeding may be controlled with local hemostatic techniques. With high-dose aspirin (325 mg), Plavix, Brilinta and Effient, medical consultation is recommended. Bleeding times may be appropriate in these patients in combination with physician consultation.

A new class of orally administered anticoagulants have recently been developed to eliminate the disadvantages associated with warfarin. Dabigatran etexilate (Pradaxa) and rivaroxaban (Xarelto) have been shown to have a more favorable (wider) therapeutic index, fewer drug-drug and drug-food interactions, and a predictable anticoagulant response in comparison to warfarin. Dabigatran reversibly inhibits thrombin, so the duration of action is predictable and correlates well with plasma drug concentrations.

Currently there is no generalized accepted drug modification protocol for NOACs. The clinician should consult the patient’s physician concerning the proposed implant procedure and the invasiveness of the surgery, anticipated hemostasis complications, and amount of bleeding to be expected. If the physician recommendation is for the temporary discontinuation of these medications, then the most common discontinuation recommendation is for 24 hours before surgery, and the drug should be restarted when the risk of postoperative bleeding is minimal (usually within 24 hours of surgery).11 Patients should be closely monitored postoperatively, as bleeding may reoccur after initial hemostasis and continuation of the medication.

The use of herbal supplements has been increasing in the U.S. Studies have shown that approximately 35% of the population uses herbal medications on a routine basis.12 Herbal supplements have been known to be associated with unwanted side effects and can initiate numerous drug interactions, which may lead to unwanted surgical complications. Many of these supplements contain active ingredients that exhibit strong biologic effects, which are usually unregulated. See Table 1.

Because many patients don’t understand the consequences associated with herbal supplements, studies have reported that patients fail to disclose the use of supplements to health care providers over 60% of the time.13 It is imperative that herbal supplements be part of the medical history form.

The risks of these medications associated with dental implant surgery are increased bleeding, drug interactions and possible infection. Patients should discontinue their herbal supplements at least two weeks prior to surgery, as recommended by the American Society of Anesthesiologists (ASA).14

Proton pump inhibitors (PPIs) are among the most frequently prescribed medications in the U.S. PPIs are commonly used for the prevention and treatment of gastroesophageal reflux disease (GERD), and esophageal, duodenal and stomach ulcers. These medications result in an irreversible inhibition of the proton pump in gastric parietal cells, thereby suppressing gastric acid secretion.

Because of the reported detrimental effects PPIs have on bone, it is advisable to inform patients of the increased risk for dental implant complications (relative contraindication). Clinicians should understand the importance of more frequent maintenance appointments and reduction of parafunctional habits.

Depression is a complex mental illness that has been associated with low levels of serotonin. The most common first-line antidepressant medications are selective serotonin reuptake inhibitors (SSRIs), which are advantageous because of fewer side effects, ease of dosing and low toxicity. Unfortunately, SSRIs have been associated with bone loss, fractures, and lower bone density via alteration of osteoblasts, osteocytes and osteoclasts. Clinical studies have shown a higher implant failure rate by inhibiting the bone-remodeling process during implant healing.19 However, other studies have not shown a statistically significant failure rate difference between SSRI and non-SSRI users (9.2% vs. 6.9%, respectively).20

The data showing a direct relationship between SSRIs and dental implant failure are sparse. Therefore, dental implant treatment in patients taking SSRIs is a relative contraindication. Patients should be informed of a possible higher risk of implant failure, and a medical consultation may be warranted. 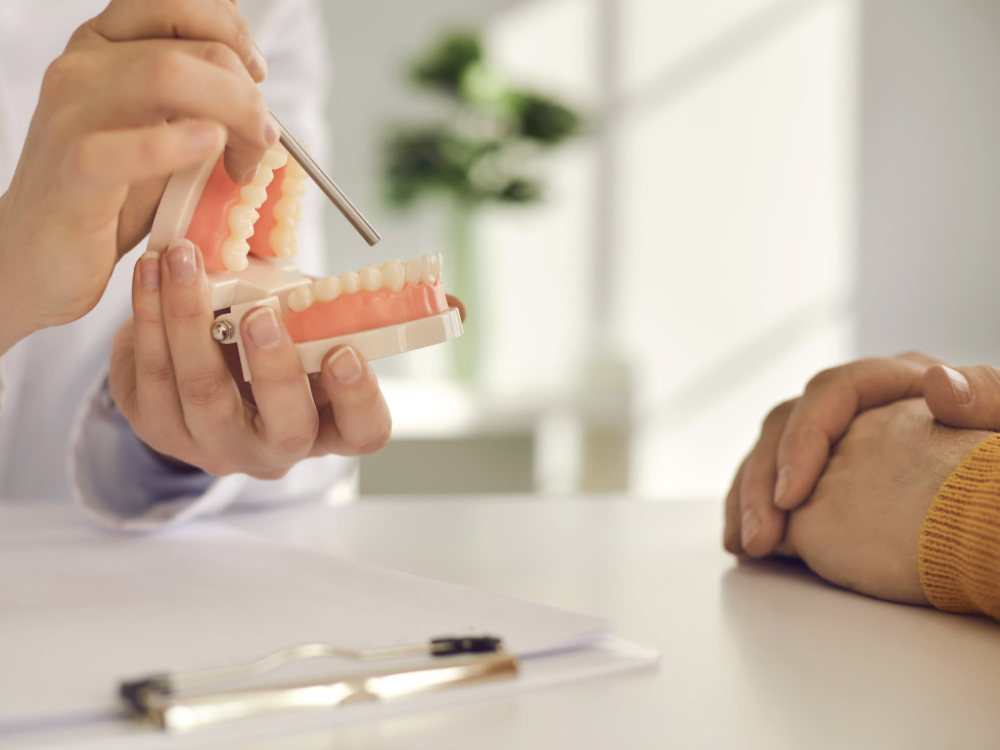 Because many implant patients are medically complex and taking numerous medications, the implant clinician must have a strong understanding of the potential for medication-induced complications. A thorough medical history, including a list of past and current medications and herbal supplements, should be completed with updates at each patient appointment. Follow-up questioning and documentation should be completed as part of the comprehensive health history to ensure accuracy. The medical history must be carefully evaluated to ascertain any potential interactions that may occur, which is crucial in reducing treatment morbidity and maximizing the success of implant therapy.

All third-party trademarks are property of their respective owners.